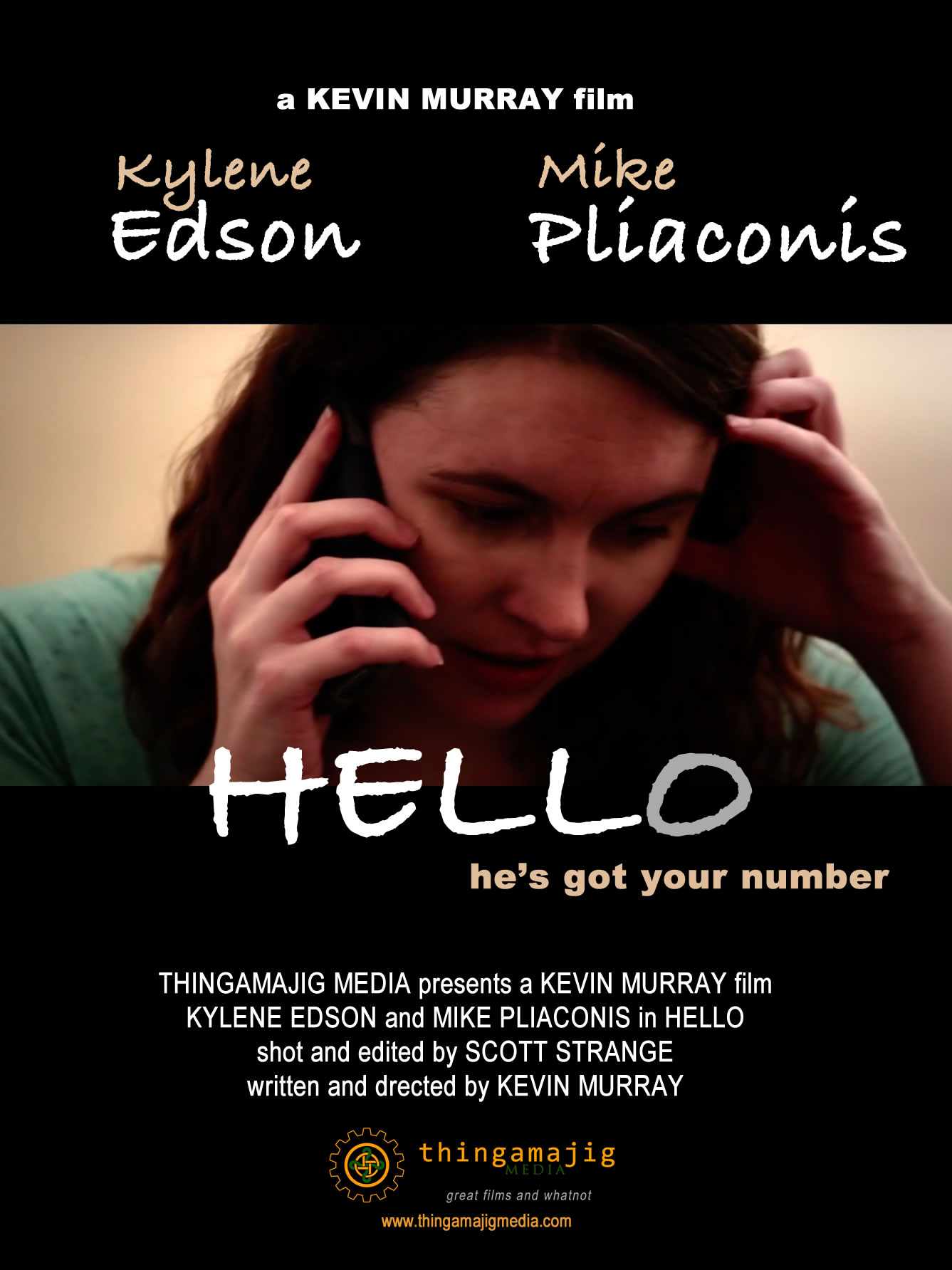 Synopsis: He's got your number. A young woman is home alone one night when disturbing phone calls start coming in. Is someone playing a sick joke, or is there something more sinister going on?

Background: "Hello" is a fun spin on a classic horror movie theme. Filmed in Charlotte, NC and features an all-volunteer cast and crew.

IMDB: Check out "Hello" on IMDB.

Accolades: "Hello" made its screen debut at the Thingamajig Shindig: Film Screening and Party at C3 Lab in December 2016. See photos from the event on the Thingamajig Media Facebook page.