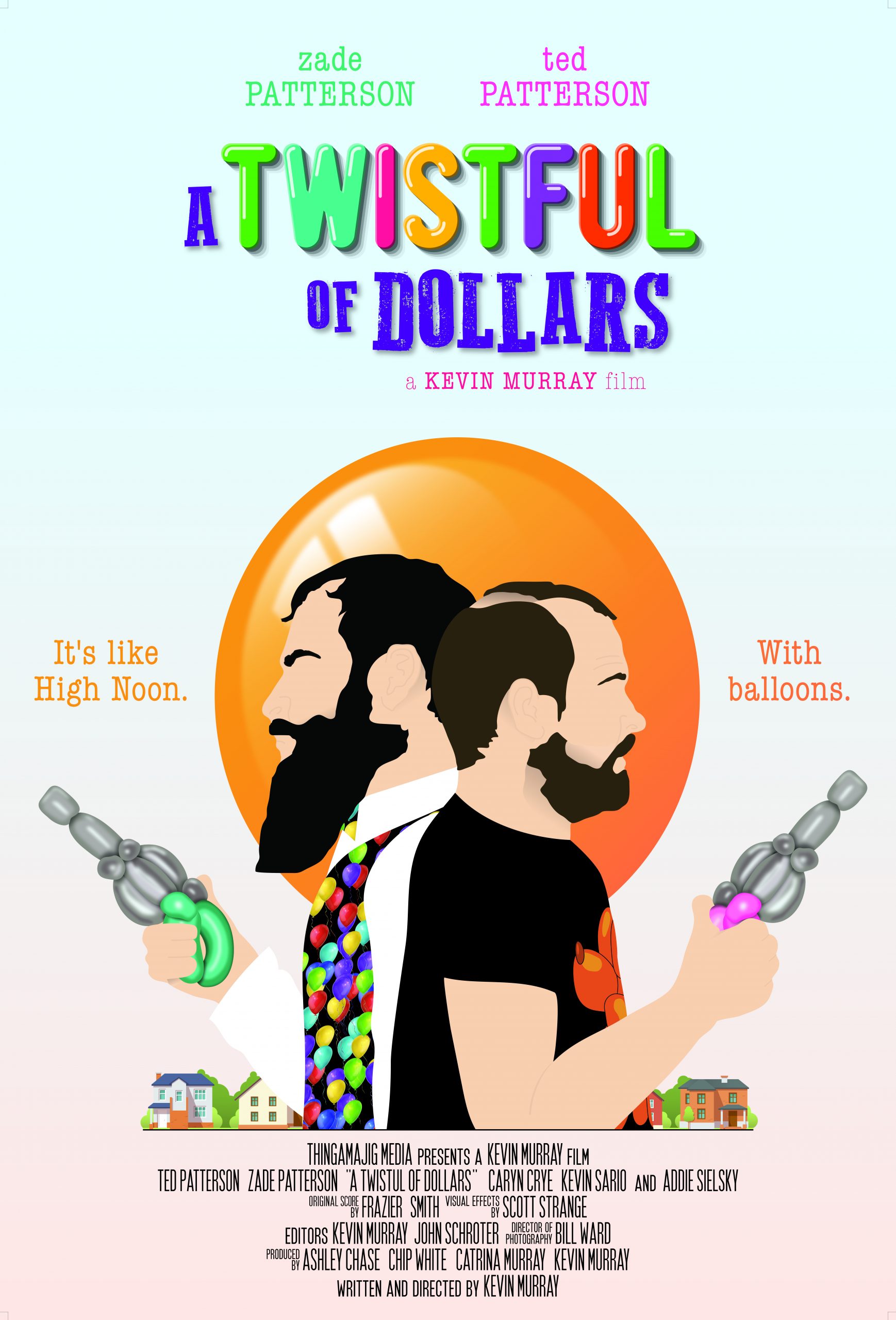 Narrative short film
Written and directed by Kevin Murray, based on a story by Ted Patterson

Synopsis: Two balloon twisters vie for the same job at a child's birthday party. It's high noon — with balloons.

Background: A quirky comedy that takes a fun and absurd look at the art (and rivalry) of balloon twisting. Filmed in Charlotte, NC.

Accolades: The "A Twistful of Dollars" script was a recipient of the Footcandle Society's 2019 Filmmaking Grant Fund.

IMDB: Check out "A Twistful of Dollars" on IMDB.